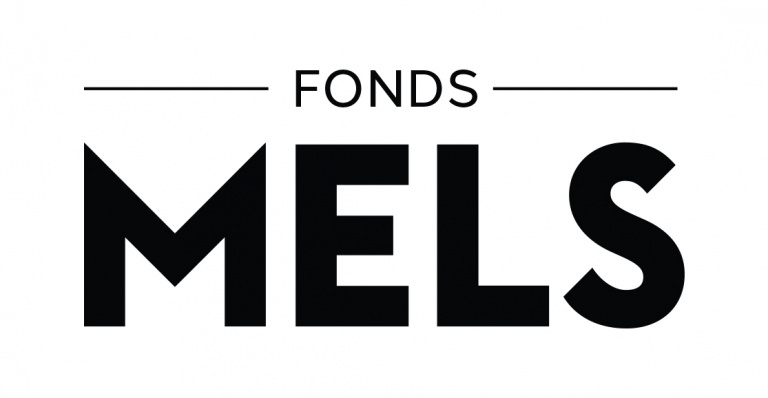 Montreal, November 23, 2020 – MELS has announced the 10 Quebec feature-length fiction films and documentaries that will receive funding from Fonds MELS this year. The filmmakers will share a total budget envelope of $1 million.

“At MELS, we feel it is vitally important to support Quebec films,” says MELS President Martin Carrier. “Our film industry has shown it has the talent to make films worthy of international acclaim and we are proud to contribute to it in our way. Helping our film professionals turn their projects into reality will always be a priority for us.” Fonds MELS provides production support in kind, in the form of equipment rental, sound and picture postproduction and visual effects services.

The selected projects are:

Virginia Tangvald knew her father, the charismatic Norwegian adventurer Peter Tangvald, only through flattering newspaper accounts and his own popular autobiographical tales. After going bankrupt in Beverly Hills in the 1950s, he spent the rest of his life plying the oceans in a sailboat built with his own two hands, defying conventions and the elements. Married seven times, he lost two of his wives at sea before drowning with his 8-year-old daughter when their vessel sank in the Caribbean in 1991. His son Thomas, the sole survivor of the tragedy, adopted his father’s roving lifestyle until his own sailboat vanished without a trace in 2014. In this documentary, Virginia’s investigations take her around the world as she tries to lift the veil of secrecy surrounding her family. As the troubling revelations and suspect deaths accumulate, she discovers that her father is not the hero she had idealized her entire life, like so many others before her.

Mathieu is a brilliant neurosurgeon whose personal and professional lives are in free fall. As he faces divorce and loses his job while struggling with substance abuse and a mid-life crisis, he starts to fall apart. Then his father’s sudden death forces him to return to his home on Anishinaabe land, a place he has shunned since he was young. Nevertheless, he agrees to lay his father’s ashes in the heart of their ancestral land, hoping to find himself at the same time. At first, the escape from the city looks like it may be just what Mathieu needed, but then he realizes he has fallen prey to a malevolent creature, the Wendigo. Mathieu’s pilgrimage turns into a nightmare that will leave him forever changed. Wherever we go, our demons catch up with us.

Sam Tata, dans les villes is a photographic odyssey from Asia under colonial rule to the freedom of post-Second World War North America. Photographer Sam Tata witnessed historic revolutionary events: he was in Bombay when India gained its independence, in Shanghai when Mao’s communists entered the city, in Montreal in the heyday of the Quiet Revolution. With his intuitive eye, Tata captured and immortalized on film many Quebec and foreign artists and momentous historical events.

This documentary is a window on the rich creative lives of the artists who set up their studios in a former garment factory at 305 Bellechasse St. in Montreal. Over time, the building at the juncture of the Petite Patrie, Mile End and Little Italy neighbourhoods became the lair of many famous, talented artists and a landmark on the contemporary Montreal painting scene. In October 2018, the Shiff family, which had owned the building since 1948, sold it to 650 Wellington Investments Ltd, (Hillpark/Shiller/Mondev) and the artists were evicted. The film’s shows how gentrification is pushing artists and their creative spaces out of the central districts of Montreal.

Bataille pour l’âme du Québec is a documentary film about the political transformation now under way in Quebec. Written and directed by journalist and filmmaker Francine Pelletier, it takes the point-of-view documentary approach to dissect the rise of right-wing identity politics in Quebec. The film attempts to understand how, in the space of 20 years, Quebec has gone from an inclusive form of nationalism that was open to the world to an insular nationalism suspicious of immigrants and elites. It examines how the current proliferation of identity-focused groups in Quebec is not happening in a vacuum but is part of a wider ecosystem.

Bridgeport, January 17, 2008. A teenage girl is found hanging in her bedroom. Everything points to suicide, but the autopsy report reveals evidence of something else. Ten years later, the director – the girl’s cousin – examines the causes and consequences of the unsolved crime. The film is an imagined biography that explores the relationship between the safety of home and the threat of violence on the doorstep.

On December 1, 2012, Billy’s life took a tragic turn during a schizophrenic episode. The 31-year-old artist pleaded guilty to second-degree murder and manslaughter. Assembling this documentary from Billy’s unpublished collages and archives, his friend, director Lawrence Côté-Collins, dives into his creative mind to exhume the nightmarish voices that made him lose control over his life.

Jouvencelles plunges us into the private virtual lives of three groups of young Quebec women aged 15 to 18. Their individual experiences point towards a more global trend that has submerged an entire generation in a new media space that knows no geographic boundaries. The lives of these young Quebecers interlace with those of other adolescent girls around the world, whom we meet through their online videos. Jouvencelles is a poetic anthropological fresco and an incisive portrait of female adolescence today.

Le plein potentiel combines a satirical eye with an empathetic heart to paint a shattering picture of the world of personal coaching, a surging modern phenomenon that embodies the perpetual, universal quest to be yourself, only better.

Three brothers in their fifties who don’t get along see each other at their father’s funeral after he dies at the eldest brother’s vineyard in an Ice Bucket Challenge gone wrong.

Fonds MELS supports Quebec producers and directors who need to round out the financing of the production and/or postproduction of a feature-length fiction or documentary project. For the eligibility criteria, visit HERE.

Will be used to support development of its new virtual production technology!

A CANADA FIRST THAT BODES WELL FOR THE FUTURE OF OUR FILM AND TELEVISION INDUSTRY.

France Lauzière, President and CEO of TVA Group, announces the appointment of Martin Carrier as President of MELS.

The program is out for this year's Rendez-Vous Québec Cinéma!